One state is considering banning DUI checkpoints, according to boston.com. Rhode Island Representative Charlene Lima introduced a bill in the General Assembly to prohibit the police from conducting drunk driving checkpoints. Although the representative generally supports drunk driving laws, she believes this type of stop “smacks of a police state.” We agree.

Under the U.S. Supreme Court decision in City of Indianapolis v. Edmond, DUI checkpoints can be conducted for deterring crime, not for enforcing the laws. If the general interest in the checkpoint is crime control, the checkpoint violates the Fourth Amendment. The Fourth Amendment gives people the right to be free from unreasonable searches and seizures unless there is probable cause for the stop.

When the police conduct drunk driving checkpoints, they set up a roadblock and stop cars as they drive through regardless of the fact that there is no probable cause.

One of the first questions an officer asks is, “Have you been drinking?” Most people think they can talk their way out of the situation by saying things like, “Yes, I only had one beer,” or “Yes, I had a couple of drinks a few hours ago.” It is not to your advantage to tell the officer you had anything to drink that day, since that will be considered an admission of drinking and give the cop the probable cause needed to pull you into the secondary area for futher drunk driving investigation. 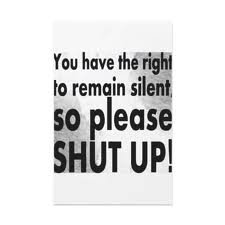 You do not have to answer this question. You have a right under the Fifth Amendment not to incriminate yourself. You also have a right to refuse participation in the field sobriety tests (FST’s) including the preliminary alcohol screening (PAS) breath test. Simply tell the officer you know your rights and you choose to remain silent and you will not participate in any of the FST’s. Do not help the officer build a case against you. They are not your friend.

If you are charged with drunk driving in San Diego County and you are not sure what to do next, do not plead guilty until you talk to The Law Offices of Susan L. Hartman. For a free, confidential consultation, call us at 619-260-1122 or use the “Contact Us” form on this page.