The California Department of Motor Vehicles (DMV) suspended Derek Brenner’s license after he gave a breath sample that read .08 percent blood alcohol concentration (BAC). However, Mr. Brenner challenged this ruling and won, according to the San Francisco Chronicle. 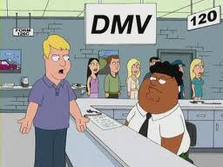 During the DMV Hearing, he presented a forensic toxicologist’s report that claimed the breath testing device consistently overstated blood-alcohol levels by 0.002 percent. Since the test result is only given in two decimal places, the actual result could have been has high as .089 percent, but as low as .078 percent, which is below the .08 BAC limit.

A Superior Court judge set the suspension aside. That ruling was upheld by the First District Court of Appeal in San Francisco in October 2010, and the State Supreme Court denied review of the DMV’s appeal. The court stated the DMV must show that Brenner’s blood alcohol was over the legal limit of .08 percent. Once he presented evidence that the readings were too high, “The burden shifted back to the department to prove the test was nonetheless reliable.”

This ruling opens the door to future challenges by drivers facing a license suspension due to a DUI where a breath sample was taken and the result of such test is at or near the legal limit of .08 percent.

If you have been charged with a DUI, you only have 10 days from the date of the arrest to contact the DMV to schedule a hearing to challenge the suspension of your license.

If you are over the age of 21 and this is your first DUI, or your first one within the past 10 years, the DMV will automatically suspended your license for 4 months after the 30 day temporary license expires. Once you have completed a 30 day hard suspension, you may be eligible for a 5 month restricted license once you provide the DMV with proof of insurance, proof of enrollment in an approved alcohol treatment program, and you pay all the DMV fees. This restricted license will allow you to drive to, from, and during work and to and from the alcohol treatment program.

If this is a second or subsequent DUI within the past 10 years, there is a one year license suspension and you are not eligible for the restricted license.

If your results were close to the legal limit of .08 percent, an aggressive, skilled attorney can help you keep your license and possibly get your court case reduced or dismissed. Do not delay. Contact The Law Offices of Susan L. Hartman today at 619-260-1122 or use the “Contact Us” form on this page to find out about how we can help fight your case.