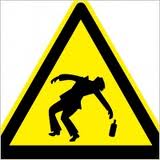 If you do nothing, your driving privilege will be suspended after the thirty day period. However, if you, or your attorney, call the Department of Motor Vehicles (DMV) Driver Safety Office and request an Administrative Per Se Hearing within ten days of the drunk driving arrest, the license suspension will be stayed pending the outcome of the DMV hearing. You have a right to legal counsel at this hearing; and you do not have to be present if your attorney appears on your behalf.

After the DUI arrest, the arresting officer submits his police report and the DMV report, the DS367, to the DMV. The hearing officer, who acts as the prosecutor and the judge, has to determine by a preponderance of the evidence the following:

After the hearing, if the DMV finds in your favor, your driving privileges will be restored. Keep in mind that if you plead guilty or are convicted later in court on the drunk driving charge, the court will impose a license suspension.

If the DMV finds against you, you are over 21, you took a required chemical test, and it’s your first DUI, you will have your license suspended for four months. However, after thirty days, you can ask for a restricted license which will allow you to drive to, from, and during the course of your employment, and to and from any DUI programs. The license restriction will continue for a period of four months, making the total time you do not have your full driving privileges to be five months.

The driver’s license suspension and restriction time is increased depending on several factors. For more information regarding your drunk driving case and the DMV and court implications, contact the exclusively DUI defense firm, The Law Offices of Susan L. Hartman.

Contact The Law Offices of Susan L. Hartman now for a free telephone consultation to discuss your rights, defenses, and the best strategy on how to handle your matter. Call 619-260-1122 or use the “Contact Us” form on this page.