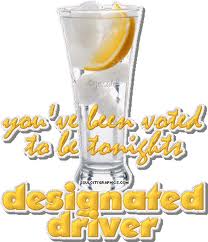 Driving under the influence (DUI) prevention includes the use of designated driver programs. Since the 1980’s, there have been two types of these programs in the United States: 1.) Incentive programs; and, 2.) Population-based campaigns.

The incentive programs involve drinking establishments offering designated drivers free non-alcoholic drinks, food, or admission. Population-based programs use mass media to change the social norms, encouraging people to use a designated driver.
A review of the two programs found that both lack sufficient evidence to determine the effectiveness of the use of designated drivers in lowering the number of people who drive while under the influence (DUI) of alcohol or drugs.

There were some limitations on this review. There was only one population-based campaign and eight incentive programs that qualified for the review and the definition of “designated driver” was not established. Some believe being a designated driver means abstaining from all alcohol. Others use the “least drunk” approach, having the person who appears to be the least drunk drive.

More studies need to be done to determine the effectiveness of either program.