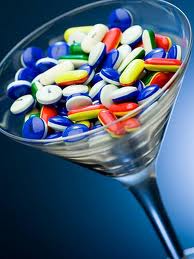 You are legally on a prescription or even an over-the-counter medication. You are driving your vehicle. Can you be pulled over, cited, and convicted of a driving under the influence (DUI) charge?

The answer is yes, if you are in fact under the influence and driving!

So what constitutes a drug? According to California Vehicle Code Section 312: “The term “drug” means any substance or combination of substances, other than alcohol, which could so affect the nervous system, brain, or muscles of a person as to impair, to an appreciable degree, his ability to drive a vehicle in the manner that an ordinarily prudent and cautious man, in full possession of his faculties, using reasonable care, would drive a similar vehicle under like conditions.”

The fact that you are legally entitled to use the drug is not a defense to a DUI case, per California Vehicle Code Section 23630.

According to the DUI jury instructions (2110), you are under the influence “if, as a result of…taking a drug…[your] mental or physical abilities are so impaired that [you are]…no longer able to drive a vehicle with the caution of a sober person, using ordinary care, under similar circumstances. The manner in which a person drives is not enough by itself to establish whether the person is or is not under the influence of…a drug…However, it is a factor to be considered, in light of all the surrounding circumstances, in deciding whether the person was under the influence.”

Under the influence is a matter of fact and a skilled trial attorney will take that into consideration when developing a strategy to defend your DUI case. Do not just plead guilty. Get legal advice. You may be able to get your charges reduced or your case dismissed. If you would like to know more about DUI matters and prescription, over-the-counter, or illegal drugs, contact THE LAW OFFICES OF SUSAN L. HARTMAN at 619-260-1122 for a free consultation.