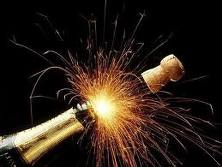 A total of 715 people were arrested for driving under the influence (DUI) of alcohol and/or drugs. This was 91 fewer arrests than the 806 DUI arrests made in 2009/2010 during this same period. Two deaths are attributed to drunk drivers. One fatal DUI accident occurred on December 18th, in El Cajon. The second fatality occurred in La Mesa on January 1st, 2011.

Throughout California, California Highway Patrol (CHP) officers arrested 961 people for suspected drunk driving and 25 people died on roadways between 6:00 p.m. Friday, December 31st, 2010, and 11:59 p.m. Sunday, January 2nd, 2011, according to signonsandiego.com. This was down from last year’s statistics in which the CHP reported 1,388 arrests and 36 deaths a year ago. (Note: Last year’s reporting period was four days as compared to this year’s three days.)