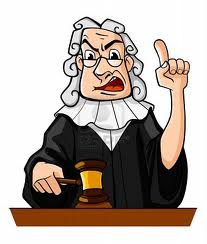 A Temecula man, accused of drunk driving and running his vehicle into a home in Escondido on February 9th, will have a preliminary hearing today in the Vista Courthouse. Brandon Morris, 23, had a prior DUI conviction in March 2011, according to 10news.com. He is currently charged with felony drunk driving causing injury and driving under the influence with a blood alcohol content at or above a .08 percent. He is facing four years in state prison if convicted.

At the conclusion of the hearing, the judge will determine if there is enough evidence to hold Morris for a trial or dismiss the charges. It is expected that Escondido police will testify at the hearing that the defendant was traveling eastbound on Country Club Lane around 7:30 p.m., lost control of his vehicle, hit an electrical transformer, and then hit a home on Eveningside Glen. Two people were injured in the home.

In Spring Valley, a suspected drunk driver led San Diego law enforcement on a short chase which ended in an arrest for DUI and auto theft, as reported by 10news.com. This happened on Austin Drive just after midnight on Tuesday morning.

San Diego Police chased a suspected drunk driver in Lincoln Park on Friday, around 7:30 p.m., according to 10news.com. The 27 year old woman allegedly refused to pull over, struck a pedestrian in the 4800 block of Logan Avenue, and then hit an electrical box causing a power outage. She ran a short distance before San Diego Police were able to arrest her for driving under the influence and other charges.

If a person is charged with felony DUI, there is a preliminary hearing. That hearing is conducted within 10 days of the arraignment unless the defendant waives time. The hearing is held in front of a judge. The prosecuting agency has the burden to present sufficient evidence to the court to show that there was probable cause to believe a crime was committed and this defendant committed it.

Witnesses testify and the defense is given an opportunity to cross examine them. Defense cross is limited in that it cannot be used as a discovery tool. The defense may cross examine and present evidence, but only to establish an affirmative defense, negate an element of a crime charged, or impeach a prosecution witness, (Penal Code Section 866). After the hearing, the judge decides if there is enough evidence to hold the defendant to answer in the trial court, (Penal Code Section 872).

A defendant has a constitutional right to an attorney at all stages of the proceedings in criminal cases, including the preliminary hearing. If you have been arrested for drunk driving, do not delay. Contact an exclusively, DUI defense firm today to protect you and your interests.

Speak to The Law Offices of Susan L. Hartman about your defense today. Call 619-260-1122 or fill out the “Contact Us” form on this page for a free telephone consultation.