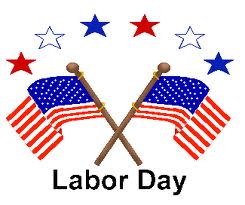 Numerous San Diego law enforcement agencies announced they will be out in full force over the Labor Day weekend conducting drunk driving roadblocks and saturation patrols, according to 10news.com.

Chula Vista Police will conduct a DUI checkpoint on Friday, August 31st, from 6:00 p.m. until 2:00 a.m. on Saturday morning. They will also have roadblocks on Saturday and Sunday, but the exact locations and times have not been announced.

California Highway Patrol (CHP) will set up a drunken driving checkpoint in Rancho San Diego from 7:00 p.m. Saturday through 1:30 a.m. Sunday. The precise location has not been announced. Also, CHP will be in a maximum enforcement period Friday at 6:00 p.m. through Monday at 11:59 p.m., actively looking for drunk drivers, speeders, and other violators.

Oceanside Police Department will conduct a roadblock looking for impaired drivers on Friday starting at 8:00 p.m. and ending at 3:00 a.m. The exact location of this checkpoint has not been released.

The San Diego Sheriff’s Department will conduct a DUI checkpoint at an undisclosed location in Imperial Beach from 8:00 p.m. Saturday through 2:30 a.m. Sunday with additional saturation patrols on Saturday.

San Diego Police Department plans to conduct a DUI roadblock starting at 9:00 p.m. Friday and continuing into early Saturday morning. In addition, another checkpoint will be held on Monday starting at 4:00 p.m. The locations for these two have not been disclosed.

Encinitas, Santee, Poway, and Imperial Beach will add additional San Diego Sheriff patrols specifically looking for impaired drivers. They also plan on setting up sobriety checkpoints in Encinitas, Santee, and Poway on Friday night, Imperial Beach on Saturday evening, and Santee on Sunday. The times and locations for these DUI checkpoints and saturation patrols were not released.

As you can see, local law enforcement is actively looking for drunk drivers this Labor Day weekend. Do not be a statistic; plan ahead before you go out to celebrate your three day weekend. Pack a bag and plan on staying at the home of the party host. Designate a driver to remain sober and be responsible to drive you home. Save a San Diego taxi company’s telephone number in your phone and use it. Use public transportation or call a sober friend or family member for a ride.

However, If you are unfortunate and you do get arrested for driving under the influence, you owe it to yourself to hire an exclusively DUI defense firm.

Never just plead guilty!!! Contact The Law Offices of Susan L. Hartman to discuss your rights and defenses. For a free, confidential case evaluation, use the “Contact Us” form on this page or call 619-260-1122 today.