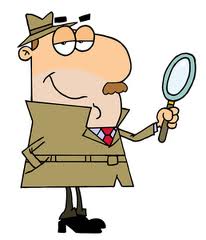 You have been arrested for drunk driving. The big question when facing your arraignment hearing is whether you should just plead guilty. The answer for most DUI defendants is no.

At arraignment, the prosecutor usually does not have all the discovery to turn over to the defendant or the defendant’s attorney. The discovery is the evidence including the police report, statements made by the defendant and witnesses, photographs, real physical evidence, test results, among other things. Without being able to review all the evidence, you are not able to form an educated decision about accepting the prosecutor’s offer, pleading guilty, filing motions, or taking your case to trial. Most likely, your best option at this stage is to enter a plea of not guilty and let your attorney start the discovery process.

Discovery is governed by the federal and state constitutions and state statutes. In California, those statutes are found in Penal Code Section 1054. California has reciprocal discovery rules, meaning both the prosecutor and the defense are entitled to discovery. This is true in both misdemeanor and felony matters. However, this article only deals with the discovery that the prosecutor must turn over to the defense.

Between the arraignment and the readiness hearing, the defendant’s lawyer requests discovery. Often this is done informally by orally requesting such in court at the arraignment or by a written informal discovery request that is sent directly to the prosecuting agency. The prosecutor is required to turn over:

In addition to informal discovery, there are several motions that a drunk driving defense lawyer may file to obtain additional discovery. These include: 1.) A Pitchess Motion to discover the personnel files of the police officers that were involved in your case; 2.) Brady Motions to discover favorable evidence to the accused; and, 3.) Trombetta-Youngblood Motions for sanctions for the destruction of favorable evidence, (see California v. Trombetta and Arizona v. Youngblood).

If you or someone you know is arrested for driving under the influence, you owe it to yourself to hire an exclusively DUI defense firm that will effectively request and review all discovery and then advise you on how to proceed in your case. Remember, it’s the prosecutor who has to prove you are guilty of DUI, you do not have to prove you are innocent!

If you have a DUI case pending against you, call to The Law Offices of Susan L. Hartman today at 619-260-1122 for a free, confidential telephone consultation, or fill out the “Contact Us” form on this page .