DUI checkpoints may be banned in Utah in the future. Last week the Utah House of Representatives voted to stop police agencies from conducting sobriety checkpoints because they invade people’s privacy and allow officers to stop vehicles without probable cause, according to stgeorgeutah.com. The next stop for this bill is the state senate; however, its passage will be challenged by the opposition including many representatives, residents, and, of course, Mother’s Against Drunk Driving (MADD). 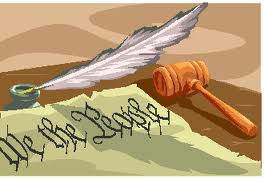 The United States Supreme Court stated in 1990 that the state has “a grave and legitimate interest” in stopping drunk drivers. That court ruled that DUI roadblocks did not violate a person’s Fourth Amendment rights, (see Michigan Department of State Police v. Sitz).

In California, the California Supreme Court set out criteria to determine if the DUI checkpoint was conducted in a constitutional fashion, (see Ingersoll v. Palmer).

In conducting a drunk driving checkpoint, a law enforcement agency sets up a roadblock in an area where a high rate of alcohol related arrests and accidents happen. The area must be clearly marked off with warning signs and proper lighting. The officers are in full uniform and their vehicles are clearly visible. The time and duration of the operation is decided by effectiveness and safety. The intrusiveness to each motorist should be minimal. There should be a random formula for contacting a driver and the detention should brief. The contact should be just long enough to look for signs of impairment. If impairment is suspected, the officer can continue the investigation as they then have reasonable suspicion to detain.

If the driver is sent to the secondary area for further investigation, they are often asked to get out of their car. The officer then asks pre-field sobriety test questions such as, “What did you have to drink?” “When did you last eat?” “What time was your last drink?” “Where are you going?”
The officer may also ask the driver to perform a series of field sobriety tests such as the walk and turn test, the one leg stand test, and the finger to nose test. The officer may even ask the driver to do a preliminary alcohol screening (PAS) test. This is a breath test using a portable breath test machine.

Drivers should be aware that none of the field sobriety tests, including the PAS test and the pre-field sobriety test questions, have to be answered or performed. [However, if arrested, you must submit to either a blood or breath test.] During the investigation, the officer is trying to establish probable cause to arrest you for driving while intoxicated. Doing any of these things helps the officer in their investigation and how you perform will be used against you in court if you are eventually arrested.

Be advised, if you do refuse to answer questions or perform the tests, often the officer will arrest you and you will be booked into jail.

These investigations are different than other criminal investigation. In other matters, officers are not allowed to detain a person unless they have reasonable suspicion that a crime has occurred or is about to occur. In drunk driving checkpoint cases, the officer detains a driver just for driving through the checkpoint without any behaviors that would indicate a person in under the influence for purposes of driving. Although many people agree with checkpoints and there is a lot of political pressure to continue their operation, the courts should overturn precedent and find that checkpoints do amount to an invasion of privacy and they do violate a person’s Fourth Amendment rights.

A constitutional way to combat drunk driving should be employed such as saturation patrols where law enforcement actively looks for people who appear to be DUI.

The above blog entry is by no means all-inclusive and is not legal advice. Laws may change and may not apply to your case. For the latest information or to get legal advice, speak to a DUI attorney in your area.

If you have been arrested and charged with drunk driving, hire an exclusively DUI defense firm that will aggressively defend your case. Do not just plead guilty even if you had a blood alcohol content (BAC) at or above the legal limit of .08%. There may still be defenses in your case that can lead to reduced charges with less punishment, or even a dismissal! For a free, confidential consultation, contact The Law Offices of Susan L. Hartman today at 619-260-1122 or use the “Contact Us” form on this page.