After a person is arrested for drunk driving, the police write up a police report which is forwarded onto the prosecuting agency. It is this agency, either the City Attorney or District Attorney’s Office, that will decide if charges will officially be filed against you in court. The prosecutor will review the police report and determine if, on an initial review of the facts, they believe they can prove the case against you. 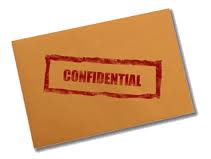 If they do not believe they can prove their case, they may choose not to file charges. Even if the case is never filed, records that you were arrested are still active within local, state, and federal databases. To prevent these records from being used against you in the future, you should do what you can to try to clean up your record.

To have your criminal records sealed and destroyed when charges have not been filed against you, you must first petition the agency that arrested you requesting they destroy your arrest records. That petition must also be served on the prosecuting agency with jurisdiction over your matter.

The police agency may or may not respond to your petition. If they deny your request or fail to respond by the dates set by California Penal Code Section 851.8, you may petition the court to order the arresting agency to seal your arrest records and then destroy them three years from the date of your arrest. The petition to the court must be served on the law enforcement agency that arrested you and the prosecuting agency with jurisdiction. The court then calendars a hearing to decide your petition.

If driving under the influence charges were filed against you but were subsequently dismissed or you were acquitted of the charges, you can directly file your Petition for Sealing and Destruction of Arrest Records with the court without first petitioning the law enforcement agency that arrested you.

Defendants/Petitioners must be aware that there is a 2 year statute of limitations on filing the petition. This means the petition must be filed with the court no later than 2 years from the date of the arrest or the filing of the complaint, whichever is later, unless there is good cause and without prejudice to any other party.

If you suffered a DUI arrest and the prosecutor never filed against you or your case was ultimately dismissed, clean up your record! You never know when your arrest may be used against you if a record of it remains on the books. For assistance with the sealing and destruction of your drunk driving arrest records, contact The Law Offices of Susan L. Hartman.

We offer a free, confidential consultation so you can learn about your legal options. Contact The Law Offices of Susan L. Hartman today at 619-260-1122 or use the “Contact Us” form on this page.