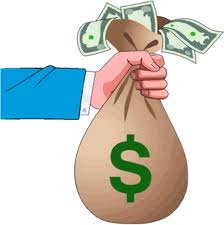 Once a DUI defendant pleads guilty or is convicted of drunk driving after a jury trial, the judge will pronounce sentence. If there was a victim who suffered any loss or damages as a result of defendant’s driving under the influence, the sentence will include court ordered restitution. The victim’s right to collect restitution is found in the Declaration of Rights of the California Constitution, Article I, Section 28.

Section (b) specifically states: “In order to preserve and protect a victim’s rights to justice and due process, a victim shall be entitled to the following rights…(13) To restitution.” Because it is the victim that holds this right, neither the court nor the prosecuting authority can use their discretion in negotiating the restitution amount during the plea bargaining stage. However, the court “shall order full restitution unless it finds compelling and extraordinary reasons for not doing so, and states them on the record.” (See California Penal Code Section 1202.4(g).)

The California Constitution, Article I, Section 28(e), defines a victim to be “a person who suffers direct or threatened physical, psychological, or financial harm as a result of the commission or attempted commission of a crime or delinquent act. The term “victim” also includes the person’s spouse, parents, children, siblings, or guardian, and includes a lawful representative of a crime victim who is deceased, a minor, or physically or psychologically incapacitated.” This section also states that a victim is not “a person in custody for an offense, the accused, or a person whom the court finds would not act in the best interests of a minor victim.”
The amount of restitution that is ordered is governed by California Penal Code Section 1202.4, which states … “the court shall require that the defendant make restitution to the victim or victims in an amount established by court order, based on the amount of loss claimed by the victim or victims or any other showing to the court.”

Often, at sentencing, the amount of losses/damages to the victim or victims are not known. So, the judge will set a Restitution Hearing. At that hearing the victim presents their damages/losses to the court, usually in the form of documentary evidence or testimony. Under California Penal Code Section 1203.1d(d), the court shall not exclude “documentary evidence such as bills, receipts, repair estimates, insurance payment statements, payroll stubs, business records, and similar documents relevant to the value of the …damaged property, medical expenses, and wages and profits lost” as hearsay.

The defendant has a right to dispute the amount of the restitution under Penal Code Section 1202.4(f)(1).

Payment of the restitution is often a term of probation; however, if the defendant’s drunk driving probation is terminated and the restitution has not been paid in full, the judge will turn that Restitution Order into a Civil Judgment. This allows the victim or victims to use any legal means available under California law to collect on the judgment.

If you or someone you know has been charged with driving under the influence, seek to hire a DUI defense attorney who exclusively deals with drunk driving matters, including Restitution Hearings. The Law Offices of Susan L. Hartman works to minimize the negative consequences of a DUI arrest. Call 619-260-1122 today or fill out the “Contact Us” form on this page for a free telephone consultation.