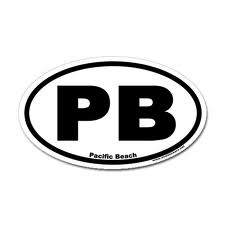 Pacific Beach has hosted a drunk driving checkpoint during the July 4th weekend for the past eight years. However, the San Diego Police Department decided not to have one this year. The Pacific Beach residents are outraged by this because not only is San Diego the city with the most DUI-related arrests in the country, but Pacific Beach has the majority of those arrests.

PB Planning Committee members confronted San Diego police Officer Mark McCullough about this. He claimed the chief of police requested that the checkpoints be shared by other communities, according to 10news.com.

San Diego DUI checkpoints are funded by grants given to the police department from the California Office of Traffic Safety (OTS). Those funds are provided by the National Highway Traffic Safety Administration (NHTSA).

San Diego law enforcement must use those funds to deter drunk driving throughout the city, not just in Pacific Beach and Mission Beach. Since checkpoints are intrusive and ineffective, saturation patrols, which specifically target those who are involved in alcohol-related incidents, are a much better way to use the funds and the city’s resources.

If you were charged with drunk driving in Pacific Beach, Mission Beach, or anywhere in San Diego County, do not just plead guilty. Even if you had a blood alcohol content (BAC) over .08%, there may still be defenses in your case that can lead to reduced charges with less punishment or even a dismissal! Hire an exclusively DUI defense firm that will aggressively defend your case. For a free, confidential consultation, contact The Law Offices of Susan L. Hartman today at 619-260-1122 or use the “Contact Us” form on this page.