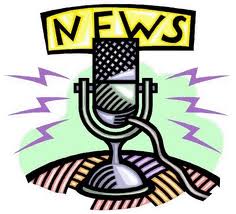 Allegedly, on December 6th, 2012, off-duty officers of SDPD were out drinking. Before 1:00am, on December 7th, Detective Blackford drove off then spun out and hit a utility box. Within a short period of time, off-duty officers, Sergeant Iammarino and Detective Caropreso, came to save the day. Unlucky for the officers, there was video surveillance of their arrival on scene which provided a timeline to what happened, or didn’t happen, next.

It was not until about 2:15am that on-duty officers were called and Sergeant Brown and Sergeant Tivanian responded. The four officers waited until approximately 3:59am to give Blackford a preliminary alcohol screening (PAS) test at the scene. It is surprising that the officers conducted this test at all, since they should be well aware that this test is considered a field sobriety test and it is not required for people over 21 and not on DUI probation. The results of the PAS test were not reported.

What did these officers do from before 1:00am until just about 4:00am? Why the delay? You would expect a quick response after an officer involved car accident, wouldn’t you? There is an obvious answer rooted in California’s driving under the influence laws, and you know the San Diego Police officers are well aware of the three hour presumption in California Vehicle Code (VC) Section 23610.

It seems very apparent that the officers were trying to get their fellow officer outside the presumption window before subjecting him to the PAS test and the subsequent arrest in hopes that he would either be below the legal limit of a .08% BAC and they would not to arrest him for DUI, or he would be able to rebut the presumption that he was under the influence at the time that he was actually driving.

The San Diego City Attorney has filed documents to obtain the internal investigation documents from the SDPD. The Law Offices of Susan L. Hartman will continue to follow this story to see exactly what happened on the night in question.

The above blog article is by no means all-inclusive and is not legal advice. For information about a specific case, speak to a drunk driving attorney in your area.

If you are charged with drunk driving in San Diego, do not just plead guilty! There may be defenses like the three hour presumption that may lead to reduced or dismissed charges or an acquittal. Contact The Law Offices of Susan L. Hartman today to speak directly to Susan L. Hartman about your case. Call 619-260-1122 or use the “Contact Us” page on this form.